Chipotle went to market with a unique strategy for a fast food chain: use fresh, local, and in some cases organic ingredients to create a unique experience for customers. Its vision and marketing tapped into the current anti-fast-food zeitgeist, and it worked. Chipotle became America’s “healthy” fast food option.

But in 2015 the filling started to fall out of Chipotle’s burrito. A total of five outbreaks occurred in its stores across America, with a number of customers coming down with E. coli poisoning, norovirus, and salmonella poisoning. The culprit was, obviously, a lack of attention to food safety procedures. It quickly became clear that the company’s culture was not focused on food safety or transparency in the wake of the earlier outbreaks in July and August. By the time the outbreaks occurred in the fall, Chipotle was in full crisis management mode as its company stock dropped 30% in the course of one month.

The food safety issue at Chipotle was clearly systemic, with incidents at various restaurants with different problems. There was a combination of rotten product, food being improperly prepared, and several other incidents. The multiplicity of events suggest that the organization itself didn’t have a focus on food safety as a crystal clear part of their business, but Chipotle became aware quickly that it had to change. Comedian John Oliver weighed in on the problem with a succinct, but powerful piece on Chipotle’s food safety woes.

Company culture is the key to implementing proper food safety

It’s easy to say that something like this can’t happen in Canada, but the truth is something like this can happen anywhere if a company’s internal culture is not laser-focused on food safety. CBC’s Marketplace investigative report “Canada’s Restaurant Secrets” uncovered concerns at many national chains. Measures taken by some of those companies in the wake of that report were similar to what you see happening at Chipotle now – an awareness of the need for company-wide transformation of culture that is highly inclusive of food safety. If they can pull it off they will be some of the safest places to eat in Canada, and the same will likely be true of Chipotle.

Food safety has to be a consideration at all levels of a company. In Chipotle’s case, it was cheaper to chop ingredients at a central kitchen and ship them to stores. In their revamping, they announced that more ingredients would be chopped at stores, a move which gives bacteria less of a chance to grow and thrive on food. If food safety had been a central concern, they would have looked for other ways to save money on operations than chopping up vulnerable ingredients in a centralized kitchen.

Bacteria has bio-film so it sticks to produce very well – even when you do wash it, bacteria may not come off unless you really scrub something hard; a process which can destroy fragile ingredients like leaf lettuce. Bacteria gets on outer surface of things – prewashed products have products like chlorine in one of the washes. In typical food service environments, if it has been prewashed, it shouldn’t be washed again as another washing can open up the produce to another vector if sinks haven’t been properly cleaned and sanitized.

Our preference as food safety experts is to buy whole products, such as a whole head of lettuce, and cut and wash it at the store in a sanitized sink. It’s also important to make sure your supplier has a food safety plan in place. Farms are putting in food safety plans where they are looking at water sources, if they could be contaminated, how do they keep birds away from crops, are proper facilities being put in place for farm workers to hand wash and use washrooms – all things which could easily affect the quality and safety of produce.

Chipotle’s promise to source produce locally – as well as the central kitchen prepping – may have been the source of some of these outbreaks. They are clearly aware of it as they have committed $10 Million to shore up food safety programs at smaller, local suppliers.

In the end, food safety should not be an after-the-fact concern. Chipotle had to go much further to restore public confidence with its post-outbreak food safety measures than it would have if the outbreaks had not occurred. A quick glance at its food safety microsite will show you that it is going above and beyond usual industry standards with their new food safety program.

After a company-wide meeting in early February specifically on Chipotle’s new food safety measures, management revealed that they would be providing employees with paid sick time if they displayed certain symptoms, such as vomiting, which could contaminate food. This is a groundbreaking measure and something other restaurants should consider implementing, as fast-food staff are often pressured to work while ill.

Adequate staff food safety training and full buy-in of management to a comprehensive food safety program are really the only two things a company needs to ensure that similar outbreaks won’t occur at its stores. If you are proactive about food safety, you won’t need to react with crisis management when an outbreak occurs – it’s that simple.

For more information about the online and in-class food safety training offered by the experts at Food Safety Market, visit the enroll page here. 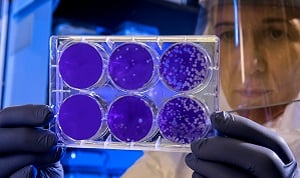 food safety E. coli
The best way for food handlers and consumers to avoid contracting or spreading foodborne illness is through education. Learning how foodborne illnesses are spread, what...