All restaurants and food businesses in British Columbia are subject to a number of provincial food safety laws and regulations, including:

The Food Safety Act and the Food Premises Regulation are the two main food safety regulations which BC-based food businesses must contend with, while the Milk Industry Act and the Fish and Seafood Act are more focused on regulating specific industries and the manufacturers, processors and distributors within them. These laws and regulations form the guidelines which all food businesses must use to inform their business decisions and operations, or else risk severe penalties including business closure or shutdown and significant fines.

British Columbia’s Food Safety Act is the province’s principle regulatory document, covering the gamut from retail and restaurants all the way to the production and manufacturing of food products. The Act provides food business owners with guidelines on how they must safely serve customers, produce and distribute products, maintain food premises, and much more. The Act outlines the powers of food inspectors, as well as the penalties associated with being found in violation of the many requirements of the Food Safety Act.

The Act states that all operators in British Columbia are responsible for ensuring that all food is safe for human consumption, and that no food which is contaminated or unsafe for consumption is to be sold or distributed to people in any way. It also states that licenses are required for all food establishments, and that the Ministry has the power to issue, suspend, amend or impose terms, restrictions or conditions for all licences issued. Any licensee is required by law to follow all terms, restrictions and conditions of the licence they are issued.

Inspectors in British Columbia have the power to enter into premises at any time based on reasonable grounds, where they can inspect the premises and its facilities, equipment used in operations, and food being produced, manufactured, or distributed. Samples of any inspection item can be taken by inspectors, records can be taken on film, audio or video tape, and operations or activities can be suspended at any time during an inspection. If evidence of violations are found, inspectors can demand the immediate seizure and destruction of food, shutdown of operations, order recalls, and prohibit the use of certain pieces of equipment or methods of preparation among other actions.

The Public Health Act was drafted to govern all of British Columbia’s public health sphere, including food safety - the act grants emergency powers, defines the roles of various health authorities, lays out requirements for reporting of diseases and health hazards and how inquiries into such matters are to take place, and how individuals and corporations can go about preventing disease and health hazards. As such, the Act can be used to complement the powers given to health officers under the Food Safety Act.

For B.C. restaurants and food businesses, the most important and relevant part of the Public Health Act is the Food Premises Regulation. The Regulation outlines minimum requirements for the construction of food premises, the approvals and permits required to legally operate, requirements for food to be obtained only from approved sources, and standards for all pieces of equipment, utensils, and food surfaces on premises. It also outlines general hygiene expectations for all employees within a food business, how food safety is to be managed by the establishment, and how sanitation procedures are to be carried out.

The Milk Industry Act and the Milk Industry Standards Act is used to regulate the safety of milk and dairy products in British Columbia. The Act outlines the expectations for dairy farms, farm certification, powers and limitations of inspectors, labels and standards, grading, pasteurized milk sales, and more. The Milk Industry Standards Act dives much deeper, laying out requirements for farm cleanliness, general requirements for dairy buildings and systems, dairy animals and offspring, prevention of contamination, holding tank standards, and more. Offences under the Milk Industry Act can lead to fines of up to $5,000 for corporations and Supreme Court injunctions.

Like the Milk Industry Act, the Fish and Seafood Act and the Fish and Seafood Licencing Regulation are used to govern all fish, seafood and aquatic plant handling and processing in British Columbia. The Fish and Seafood Act lays out the food safety duties of those in the fish and seafood industry, licencing requirements and duties for all operators in BC, the powers and limitations of inspectors, powers of the Ministry, and what happens in the event of contraventions to the Act.

Expanding on the Act is the Fish and Seafood Licencing Regulation, which goes deeper into defining the licencing requirements for operators, cultures, plant harvesters, vendors, receivers, seafood processors and more. It also lays out minimum food safety and sanitation requirements for all businesses, receiving and processing requirements, and requirements for keeping records. Offences under the Act can lead to fines of up to no more than $50,000 for each day on which the offence occurs for individuals, and up to $200,000 per day for corporations.

With all British Columbia restaurants, foodservice establishments and food businesses requiring at least one employee with food handler certification on premises during all working hours, now is the time for your business to get serious about food safety. Managing Food Safety makes it easier than ever for your employees to become certified, offering engaging online food safety training that can be completed on demand at any time, customized to perfectly fit your business or industry, and filled with relevant case studies and scenarios.

To find out more about how FoodSafetyMarket can make your business compliant with the Food Products Act, learn about our training solutions for businesses and individual food handlers. 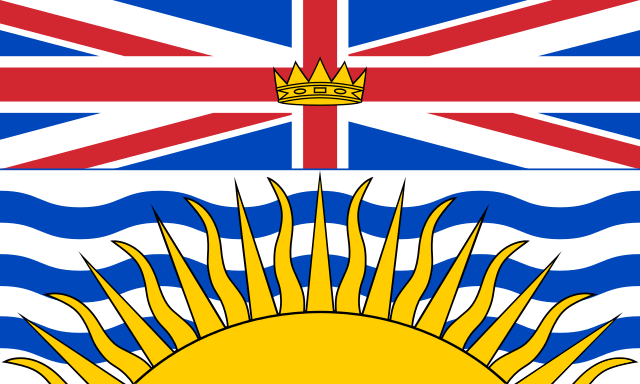