Over the last year, seafood fraud has become a major issue in Canada. Studies have shown that the majority of the seafood consumed by Canadians is mislabeled, with consumers buying and eating a completely different product than what’s advertised on the label.
The tractability of seafood is the centre of many conversations in the industry, especially since so much of the seafood eaten by Canadians is imported, and customers have a right to know exactly what they’re eating, and where it’s from. Seafood fraud is a problem that plagues everybody in the food service chain, from restaurant owners and food handlers to consumers.

A shocking revelation about seafood fraud

A July 2019 investigation held by Oceana Canada discovered that 61% of seafood products sampled from 50 Montreal grocery stores were mislabeled in some way, with 34% being a completely different fish species than what was advertised to buyers. This was the sixth study conducted by Oceana Canada.
Past investigations held by the advocacy group have seen 472 seafood samples tested, with 47% of those samples being found to have been mislabeled. This shows how widespread the problem has become, not only in Montreal, but throughout the entire country. Instances of seafood fraud investigated by Oceana Canada have found that more expensive fish products are typically substituted with cheaper species, with fraud typically affecting products like wild salmon and other “wild” species, tuna, and red snapper.

Why is seafood fraud an issue?

One of the biggest issues of seafood fraud is that consumers pay for products that aren’t as advertised - mislabeled fish products are sold in restaurants, grocery stores, and markets around Canada without businesses even being aware. Seafood fraud also opens the door to illegally fished products making their way into the Canadian food system, throwing questions of food safety into the conversation.
If seafood hasn’t been properly labelled, it’s difficult to determine what it is and where it came from - without knowing these things, it’s impossible to guarantee that the food is safe for consumption. Canadians deserve to know where their food is coming from, and should be able to take solace in knowing that what they’re eating is safe.

What needs to happen to avoid the threat of seafood fraud?

Oceana Canada’s shocking findings have prompted the advocacy group to demand that the Canadian Food Inspection Agency (CFIA) require catch documentation for all fish sold in Canada, whether caught domestically or imported. This would be in line with European Union regulations, which have helped to curb instances of food fraud. Oceana Canada maintains that a boat-to-plate tractability system would ensure that all seafood sold in Canada is safe for consumption and accurately labelled.
Food service operators should remain vigilant about the threat of seafood fraud - restaurants need to guarantee that seafood is safe for serving to the public, and customers deserve to know that what they’re eating is exactly what they’ve paid for.
Movements like the Ocean Wise Seafood Program work to guarantee that partners serve only sustainable seafood products that can be traced from boat-to-table. Purchasing stock from partners involved in programs like Ocean Wise ensures that the food you’re selling to customers is safe and accurately labelled, helping your establishment maintain customer trust, and offering peace of mind with regards to food safety.
For more information about the food safety training, resources, and infographics offered by our team of food safety experts, contact FoodSafetyMarket today by email at service@foodsafetymarket.com, or by phone at 1-888-829-3177

The Canadian restaurant and dining industry is seeing the rise of a major competitor in the form of “grocerants”, which are popping up in our favourite supermarkets all... 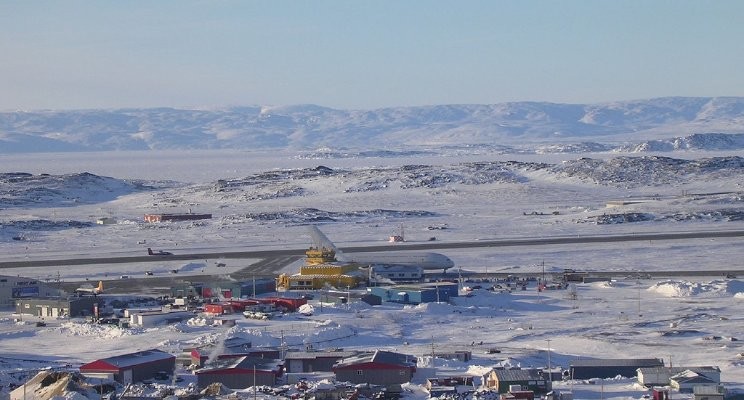 Nunavut has set itself apart from Canada’s other provinces and territories by creating its own government-enforced set of food safety guidelines. The guidelines are...