Salmonella is a common foodborne bacteria that causes an infection called salmonellosis, affecting the digestive tract. Infection usually takes place in humans through contaminated food or water, though it can also be caused by contact with infected feces. The most common types of salmonella in North America are S.typhimurium and S.enteritidis. Other types of salmonella fall under the category of typhoidal salmonella, and cause typhoid fever and paratyphoid fever.

People infected with salmonellosis typically experience symptoms between eight and 72 hours after infection. Healthy people will recover within a few days without extensive treatment, though in some cases salmonellosis can cause life-threatening complications and as a result, can be fatal. Those with weakened immune systems or suffering from pre-existing stomach or bowel disorders are especially at risk of life-threatening complications.

What are the symptoms of salmonellosis?

The most common symptoms of salmonellosis include:

Symptoms of salmonellosis typically begin 8-72 hours after infection, and last for between four and seven days. Complications of salmonellosis include dehydration caused by fluid lost by diarrhea and vomiting, as well as the risk of the infection spreading beyond the intestines and into the bloodstream.

How can I prevent the risk of salmonellosis?

There is no vaccine to prevent salmonellosis, meaning proactive measures are the only way to effectively stop its spread. The only way to prevent spreading and contracting salmonellosis is by following preventative food safety measures when preparing or serving food. This includes thoroughly washing your hands and cooking meat, poultry, and seafood to safe internal temperatures.

Throughout the cooking process, refrain from using utensils multiple times without properly washing and/or sanitizing them first. After food has been prepared, it’s important to promptly refrigerate or freeze it before it in order to avoid contamination. Food that has been left in the between the temperatures of 4°C (40°F) to 60°C (140°F), also known as the temperature danger zone, is especially at risk of salmonella infection.

Delivery is more popular than ever before, thanks to the COVID-19 pandemic keeping people all around the world cooped up indoors. While delivery services... 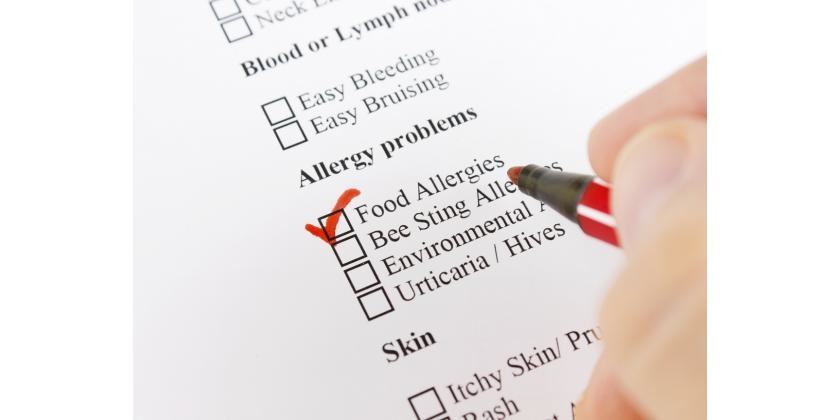 Allergies are coming back into the picture in a big way. In 2015, one of the largest surveys conducted on the subject revealed that one in 13 Canadians has a serious...